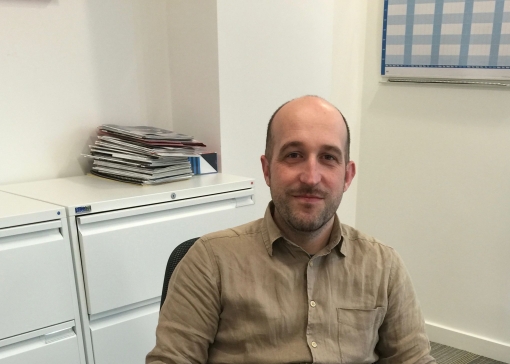 Holding a PhD in semantic web technologies from the Knowledge Media Institute (The Open University, UK) as well as advanced degrees in logic and philosophy of language from the University of Venice (Italy), Michele Pasin is the perfect product manager for the highly ambitioned Knowledge Graph Project at the publishing company Springer Nature. The projects aims to bring together various linked data repositories as well as a number of other structured and unstructured data sources, into a unified, highly integrated knowledge discovery platform to explore new, hidden information.

Michele also worked in a number of semantic projects ranging from People of Medieval Scotland and the Art of Making in Antiquity to nature.com’s  subject pages and ontologies portal as well as OntoSPy.

At SEMANTiCS 2016, Michele will deliver his keynote “Linked Data Experience at Springer Nature: Building Discovery Services for Scientific and Scholarly Content on Top of a Semantic Data Model” with Best Practice Insights from his work at Springer Nature.

1. Which application areas for semantic technologies do you perceive as most promising?

I think that knowledge representation and semantic technologies will become more and more commonplace in the area of data and information management. This is for two main reasons: first, these technologies are rapidly evolving from buggy academic research projects to production-ready commercial software. Second, the fact that enterprises are becoming in a sense more similar to museums or archives: the amount of digital information they produce is so vast and multi-faceted that you need people and tools devoted to bringing order to this landscape. Of course, this has partly been the case since the early days of information technology; it’s the scale that’s new, and a clear competitive advantage can be achieved through a coherent metadata management strategy. In other words, the more teams and information silos you have, the more important a semantic integration architecture becomes.

2. What is your vision of semantic technologies and artificial intelligence?

Semantic technologies will definitely facilitate the development of more advanced AI tools. That is because they promote the creation of a structured metadata ecosystem based on rich semantic languages (e.g. ontologies), which in turn will make it easier for machines to make sense of text, images, videos etc. associated to those structured metadata, to carry out semi-autonomous tasks. Having said that, I'd also add that the kind of AI I expect to see in the near future is the so called 'weak AI' i.e. as wikipedia puts it "non-sentient computer intelligence or AI that is focused on one narrow task".

3. How do you personally contribute to the advancement of semantic technologies?

At Springer Nature I've been building knowledge models and data architectures which aim to leverage semantic technologies within a traditionally XML-based publishing workflow. In this context the main challenge is to introduce these new technologies in such a way that they solve real problems without disrupting established workflows. The nature.com ontologies portal and various presentations we recently gave at conferences are an example of that.

Also, recently I've been personally interested in the topic of ontology browsing and visualization. As people say, an image is worth a thousands words. I find this particularly fitting if you consider the case of an information/data architect having to sift through dozens of ontologies in order to put forward a case for a new data model to his team. I've been in that position a number of times, and struggled to find any tool for that. So I ended up developing a little Python app called Ontospy. It's quite simple, essentially an interactive command line tool that allows one to inspect OWL ontologies and visualize their contents quickly, without the hassle of loading into full-blown editing environment like Protege. I know that the linked data browsing and visualization area is quite active, so I'm hoping to do more research work on this front.

+1 You have been working on many historic research projects (People of Medieval Scotland, The Art of Making in Antiquity). Will semantic technologies not only change our future but also our past?

Well, I don't think they can change our past, but rather provide us with more innovative and interesting ways to study it and hopefully enrich our understanding of it. In particular, the idea of a graph-oriented approach to the representation of information is very appropriate for the humanities, where the emphasis is often posed on contextualising topics, places, events and people mentioned in documents (e.g. think of the importance of people networks in history, or networks of ideas in philosophy). At the same time though, the nature of knowledge in the humanities poses some unique challenges to these approaches: the data we want to represent is often ambiguous, distorted, debated, temporally undetermined or unknown. Thus, the task of dealing with these challenges in a way that does not trivialise the domain being represented is especially difficult. People working in the so-called digital humanities have been making steady progress in this area, however I think there is still a lot of work to do in order to develop tools and methodologies as mature as the ones you can find in the hard sciences.